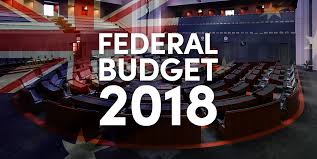 The 2018 Federal Budget has been delivered and responded to by Labour. The main issues with this budget is the potential tax cuts on the table for next year and progressively over the future years out to 2024. A cost of living budget perhaps, an election budget maybe, a growth budget for Australia ... not likely. There were some tough ATO compliance measures thrown in, in which may go under the radar, until the details are released closer to the time.

Below is our summery on the major areas.

A seven-year Personal Income Tax (PIT) Plan will be implemented in three steps, to introduce a low and middle income tax offset, to provide relief from bracket creep and to remove the 37% marginal tax bracket.

The 2017-18 Federal Budget measure to increase the Medicare levy from 2 per cent to 2.5 per cent of taxable income from 1 July 2019 will not proceed.

The potential new marginal rates of tax are:

Low and middle income tax offset to be introduced

The LMITO will be received as a lump sum on assessment after an individual lodges their tax return. The benefit of the LMITO is in addition to the existing low income offset.

The calculation for entities claiming the R&D tax incentive will change commencing for income years beginning on or after 1 July 2018. Also, a maximum cash refund for "smaller" R&D claimants will be capped at $4 million per financial year. A "smaller" R&D claimant is an entity with aggregated annual turnover below $20 million.

The small business capital gains tax (CGT) concessions will no longer be available to partners that alienate their income by creating, assigning or otherwise dealing in rights to the future income of a partnership. The measure applies from 7:30pm (AEST) on 8 May 2018 for small business CGT concessions in relation to the assigned rights.

Businesses will no longer be able to claim deductions for payments to their employees where they have not met their PAYG obligations. This includes where the employer is required to withhold PAYG from gross payments, but fails to report or remit it to the ATO.

Additionally, the deduction for businesses on certain payments to contractors which have not met PAYG obligations will be removed. Currently, if a contractor does not quote an ABN in a business-to-business transaction, the purchaser is required to withhold an amount at the top marginal tax rate and remit this amount to the ATO. Failure to do this correctly will render the entire payment non-deductible.

From 1 July 2019, the concessional tax rates available for minors receiving income from testamentary trusts will be limited to income derived from assets that are transferred from the deceased estate, or the proceeds of the disposal of investment of those assets.

From 1 July 2019, expenses associated with holding vacant land will no longer be tax deductible. This measure is to ensure no deductions are claimed for vacant land that is not genuinely held for the purposes of earning assessable income.

Deductions that are denied will not be able to be carried forward for use in later income years. Expenses for denied deductions that would ordinarily be a cost base element (such as borrowing expenses and council rates) may be included in the cost base of the asset for capital gains tax (CGT) purposes when sold. However, deductions denied for expenses that would not ordinarily be a cost base element would not be able to be included in the CGT cost base.

The measure will not apply to expenses associated with holding land that are incurred after:

For a further 12 months until 30 June 2019, small businesses with aggregated annual turnover of less than $10million may continue to immediately deduct purchases of eligible assets costing less than $20,000 first used or installed ready for use by 30 June 2019. Some assets are ineligible e.g. horticultural plants and in-house software.

Assets valued at $20,000 or more (which cannot be immediately deducted) can continue to be placed into the small business simplified depreciation pool (the pool) and depreciated at 15 per cent in the first income year and 30 per cent each income year thereafter. The pool can also be immediately deducted if the balance is less than $20,000 over this period (including existing pools).

Managed investment trusts (MITs) and attribution MITs (AMITs) will be prevented from applying the 50% capital gains tax (CGT) discount at the trust level. This measure will apply to payments made after 1 July 2019.

The measure will prevent beneficiaries that are not entitled to the CGT discount in their own right from getting a benefit from the CGT discount being applied at the trust level. It will ensure that MITs and AMITs operate as genuine flow through tax vehicles, so that income is taxed in the hands of investors, as if they had invested directly.

MITs and AMITs that derive a capital gain will still be able to distribute this income as a capital gain that can be discounted in the hands of the beneficiary.

New and existing self-managed superannuation funds (SMSFs) and small APRA funds will be allowed to have a maximum of six members from the 1 July 2019. Currently, the maximum allowable number of members in an SMSF and a small APRA fund is four.

The annual audit requirement for self-managed superannuation funds (SMSFs) will be changed to a three-yearly requirement for SMSFs with a history of good record keeping and compliance, i.e. for SMSF trustees that have a history of three consecutive years of clear audit reports and timely lodgements of the fund’s annual returns. This measure will commence on 1 July 2019. The government will consult with stakeholders to ensure a smooth implementation of this measure.

Individuals whose income exceeds $263,157, and have multiple employers, will be able to nominate that their wages from certain employers are not subject to the superannuation guarantee (SG) from 1 July 2018. The measure is intended to ensure eligible individuals can avoid unintentionally breaching the $25,000 annual concessional contributions cap as a result of multiple compulsory SG contributions. Breaching the cap results in individuals being liable to pay excess contributions tax and a shortfall interest charge. Employees using this measure may receive additional income which will be taxed at marginal tax rates.

These changes will take effect from 1 July 2019.

From 1 July 2019 the Government will introduce an exemption from the work test for voluntary contributions to superannuation. This is available for the following retirees:

The exemption will be available for 12 months from the end of the financial year in which they last met the work test.

From 1 July 2019 insurance within superannuation will move from a default framework to be offered on an opt-in basis for members:

The government will reform the corporations and tax laws and provide the regulators with additional tools to assist them to deter and disrupt illegal phoenix activity. The package includes reforms to:

The taxable payments reporting system (TRPS) will be expanded to the following industries from 1 July 2019:

The TPRS requires businesses to report to the ATO any payments made to contractors during an income year. This additional reporting to the ATO is in the form of an annual report, for which the first annual report will be required in August 2020.

Please remember that the reporting requirements for cleaning and courier industries commence 1 July 2018.

For more information on how  the budget will impact you, your family or organisation, please contact Ian Walker at Archer Gowland on 07 3002 2699.

Liability limited by a scheme approved under Professional Standards Legislation